Overpopulation, plastic waste, ocean acidification and climate refugees – this is the result of human evolutionary history, which would not have been conceivable without the development of culture and technology. The encroachments on nature range from geological restructuring to microbial encroachments on our DNA.
Unfortunately, progress is not spared from consequences.

Scientists, such as Paul Crutzen, even see in this human evolutionary process a new Earth epoch: the Anthropocene – the Age of Humans. In this epoch, humans have replaced nature as the driving shaping force of the planet. Humans have reshaped their habitat for their own benefit, but did not consider the consequences from the beginning. The result is that our daily lives are increasingly dominated by a growing number of environmental and social challenges. The age of humans thus becomes the age of creative problem solving.

The thesis is based on Viktor Papanek’s approaches in „Design for the real world“, which have since been confirmed in RRI and STS. This shows that ecological and social innovations can only emerge from interdisciplinary collaborations between science and design.

Against this background, the research project aims at exploring the potential of this interdisciplinary collaborations and identifying new roles for the design discipline facing future challenges. In terms of her research, Lynn accompanied  several scientists from the fiel in their work while leaving the comfort zone of a designer: from a sailing expedition with marine biologists to combat plastic waste, to researching social development through renewable energy in the Himalayas, to materials research in a university laboratory.

The main outcome of this research project, which took place from 2014-2016, is that the role of the design discipline cannot only focus on the design of sustainable products and packaging. Rather, its role is to act as a translator and facilitator in innovation processes. Approaches to this can be found, for example, in Speculative Design, which draws attention to social, ecological and technological contexts and effects by making possiblr futures tangible. These approaches were harnessed and field-tested in the continuing project „The revolution of things“.

The two-year research process, as well as the entire research process, including methodology and results, are summarised in a two-part publication. The book is not only to be understood as a thesis, but rather as a travelogue of a design student through new interdisciplinary territory.

You never change
things by fighting the
existing reality.
To change something,
build a new model
that makes the existing
model obsolete. 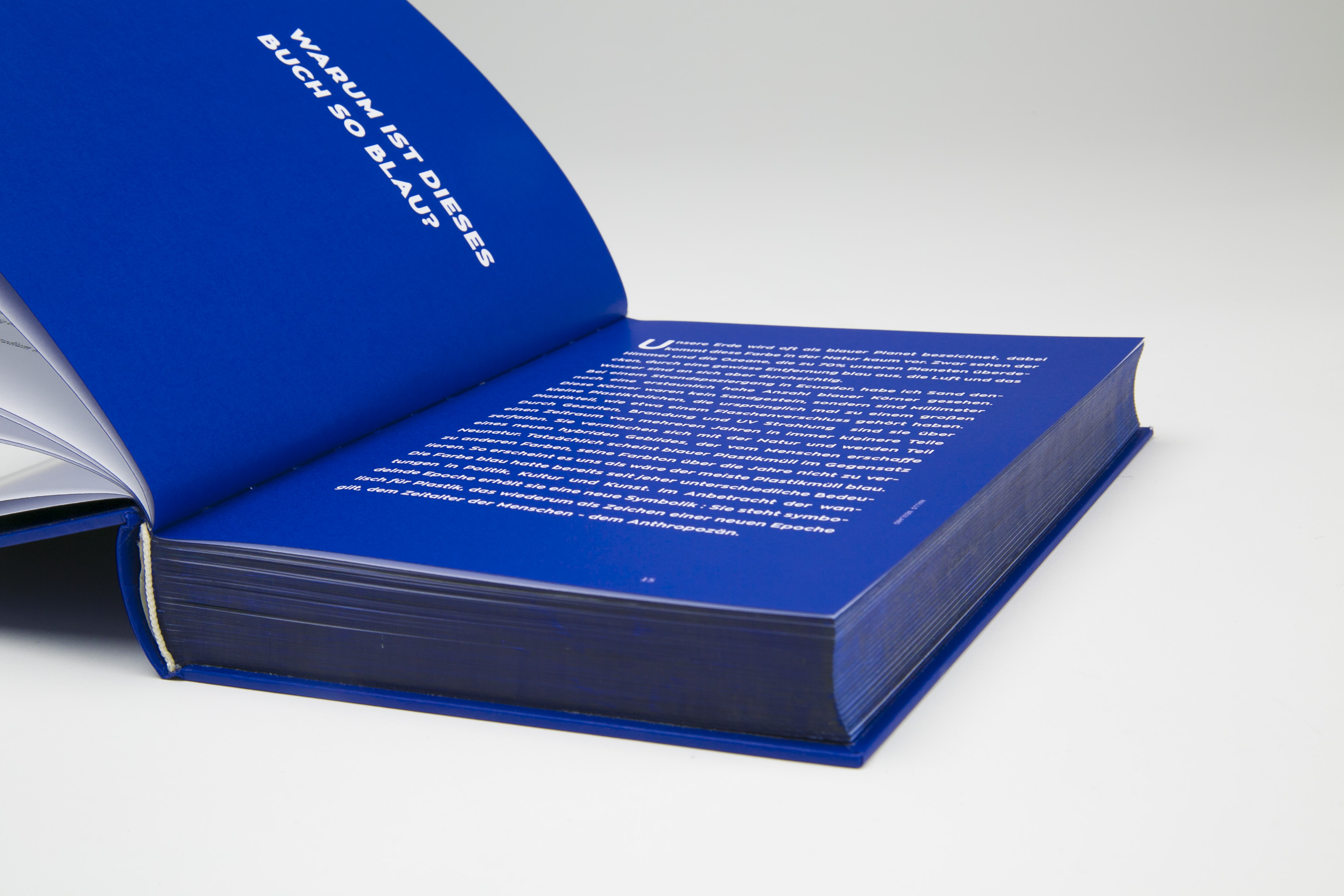 Our earth is also known as the „blue planet“ although this colour hardly occurs in nature. In fact, the sky and oceans, which cover 70% of our planet only look blue from a certain distance – as the air and water are transparent in themselves.
If you walk on a beach today, you will often find blue particles in the sand mixture. These particles are mostly due to decomposed microplastic waste that is probably decades old. Due to chemical conditions, an artificially produced shade of blue is more resistant to UV radiation than other colours and thus often hardly fades at all. Artificial blue is thus increasingly becoming a component of our environment.

The colour blue already has many different meanings in culture, art and politics. In view of the changing epoch, it takes on a new meaning and stands symbolically for plastic – which in turn can be seen as a sign of the new epochs, the age of humans. For this reason, colour functions as a conceptual design element of the editorial design.

The entire publication is divided into two parts:
The first part of the book deals with the discussion of the term „Anthropocene“. The reader is first informed in general terms about the human impact on the planet and the consequences and problems, especially plastic waste. The main focus here is on the aspect of science communication. The second part is about questioning the function of design in this context and how far the profession can develop through interdisciplinary cooperation with natural scientists. This is done with the help of different case studies, each of which is based on 3 steps: exploration – science – design. 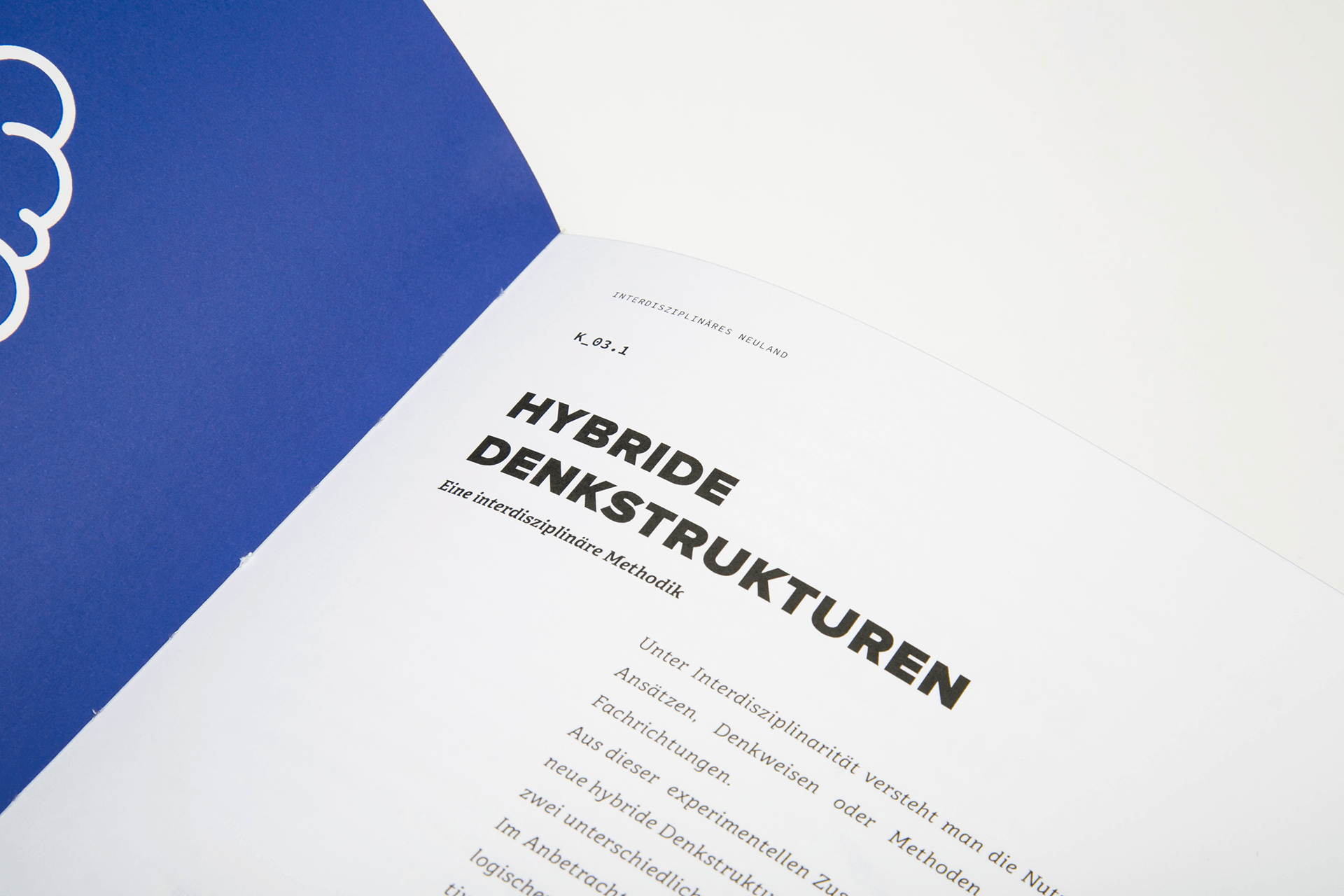 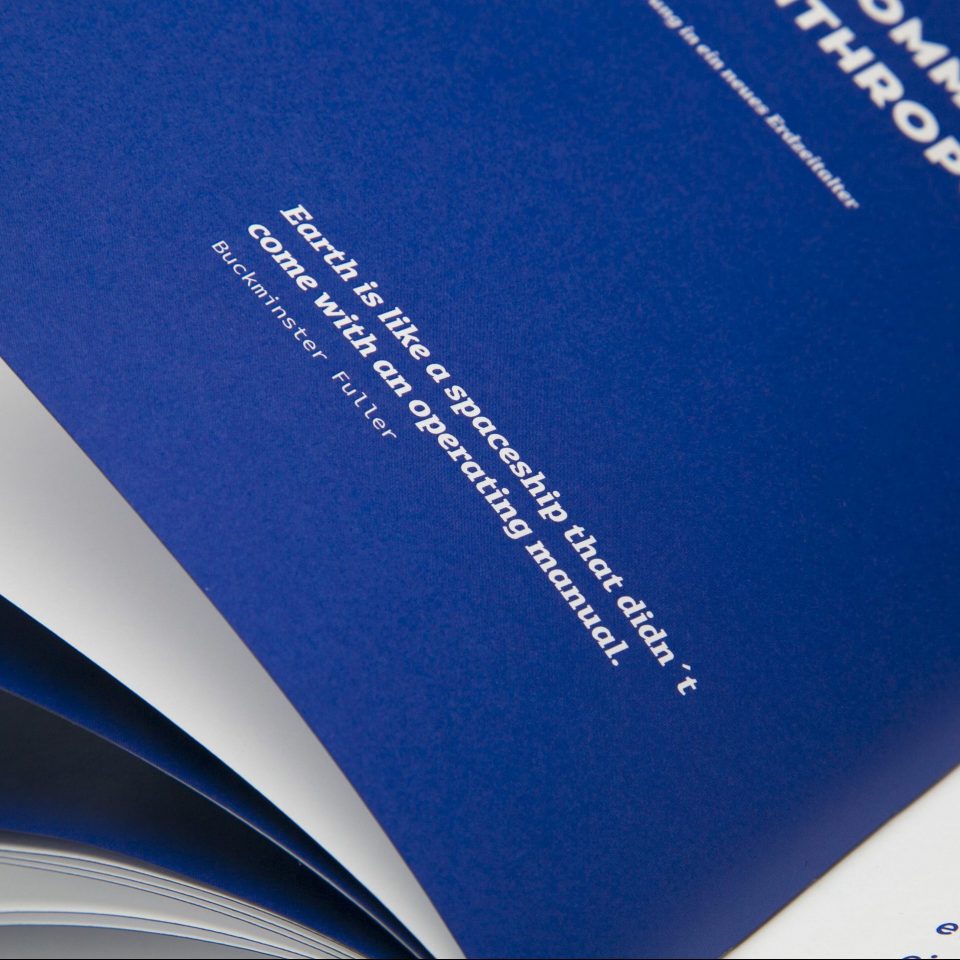 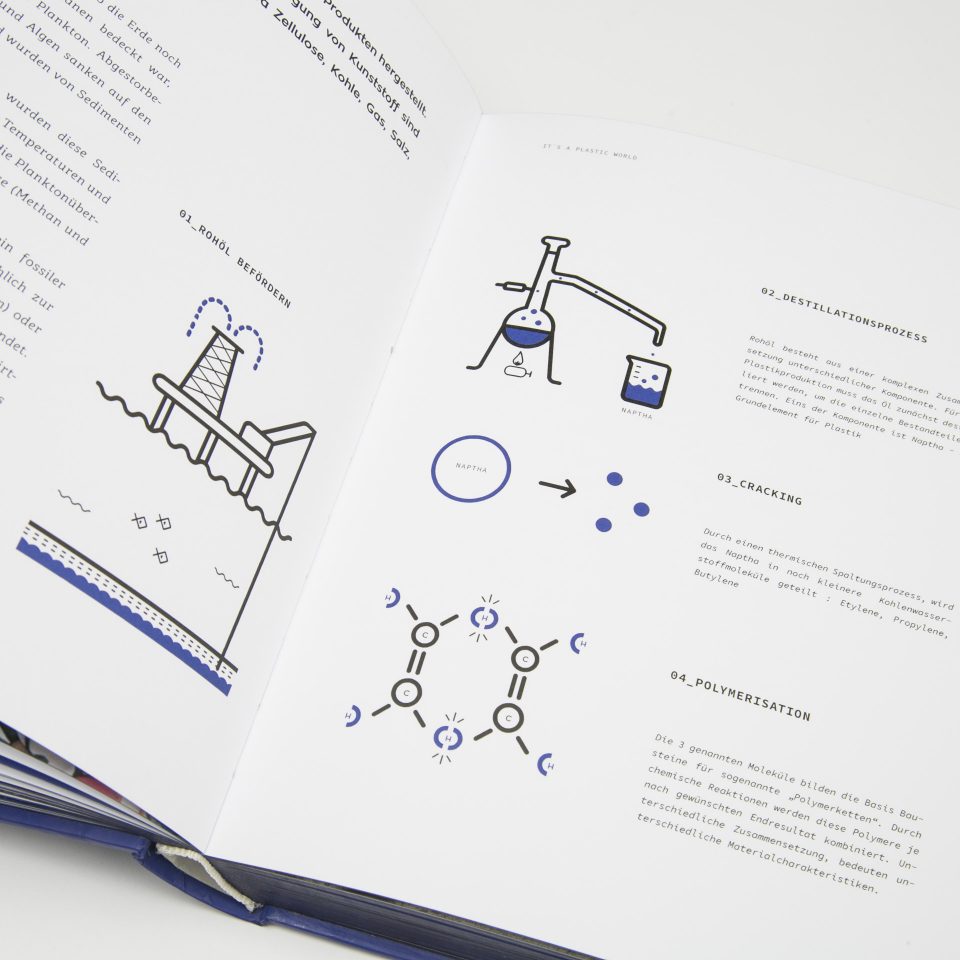 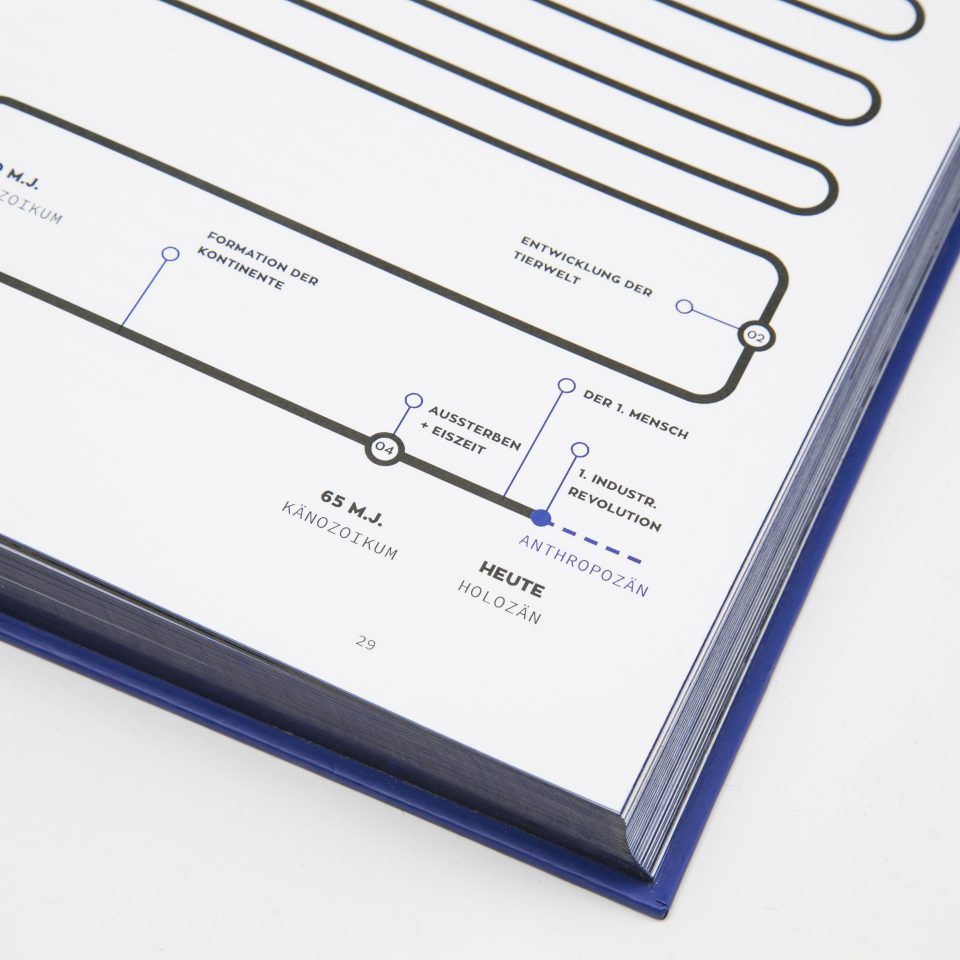 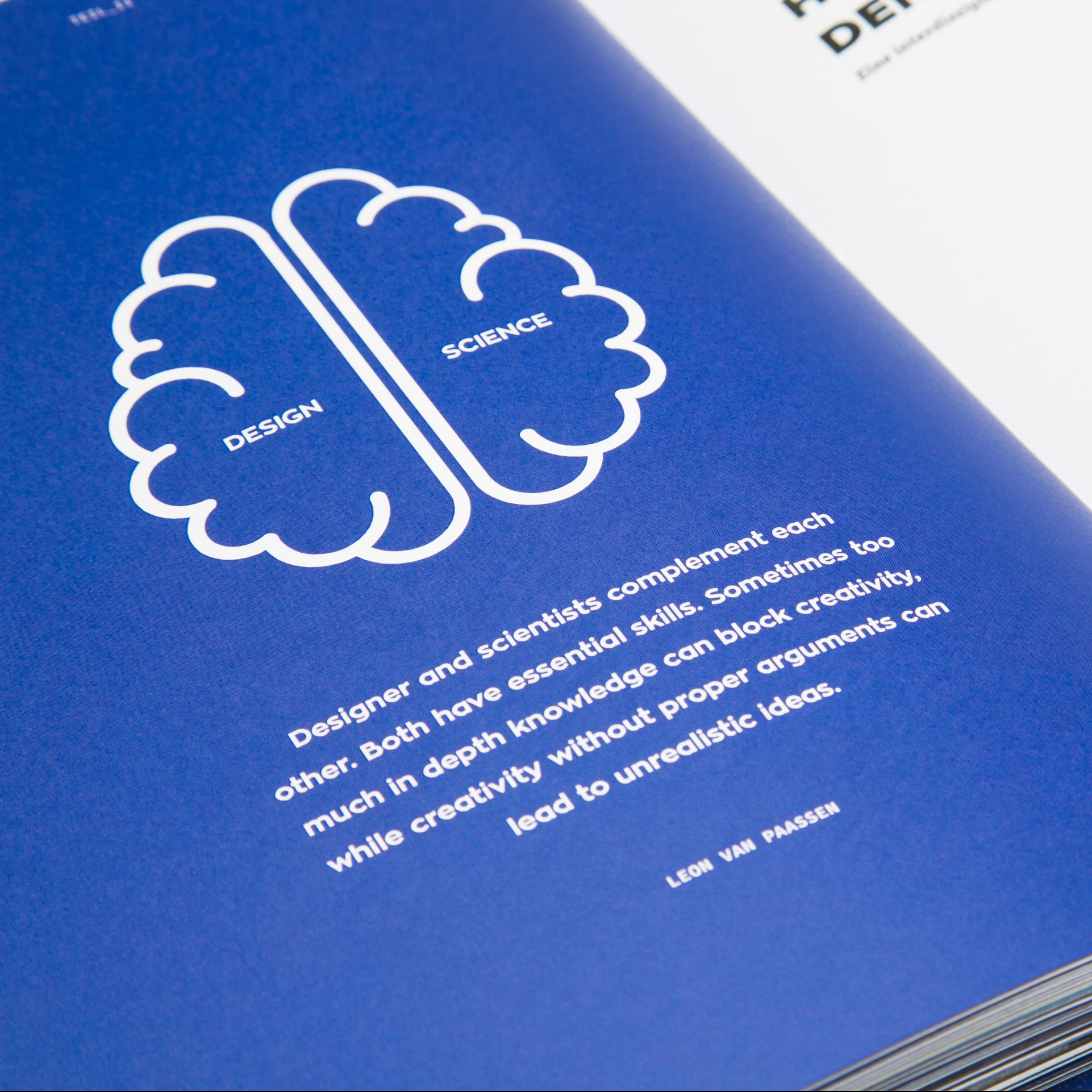 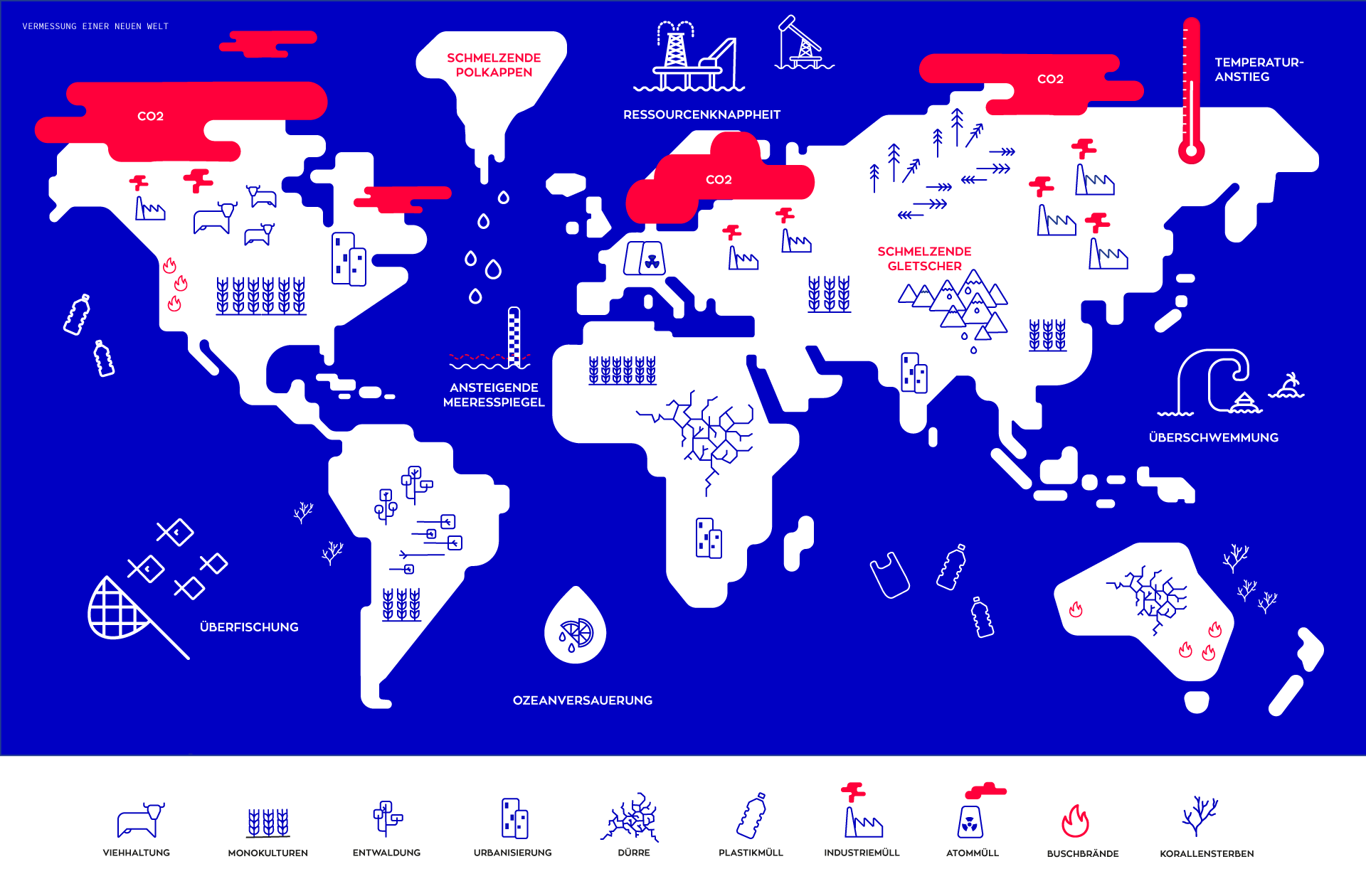 Next Project (n) Travel in the Anthropocene

You can toggle right click protection within Theme Options and customize this message as well.

You can also add shortcodes here.